World’s beaches are being washed away 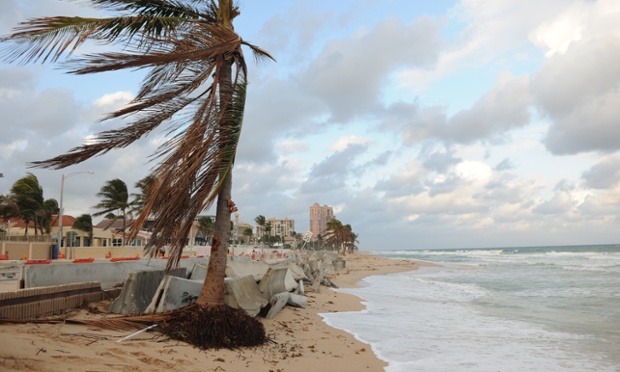 Florida: It is said that the world’s beaches are being washed away due to coastal developments.
According to two of the worlds’ leading marine geologists beauty of certain important large beaches are faded when the engineers built ever higher sea walls to defend against fierce winter storms and rising sea levels are found destroyed.
The warning comes since the violent Atlantic and Pacific storms sent massive 50 ft waves crashing over sea defenses.
This has been washed away beaches and destroyed concrete walls in Europe, north America and the Philippines.
Most of the natural sand beaches are being disappeared partly, due to rising sea levels and increased storm action.
According to Andrew Cooper, the professor of coastal studies at the University of Ulster, another reason for this misfortune is massive erosion caused by the human development at the seashore.
The seashore walls are believed to have been protecting many beaches from erosion and sea level rise.
But as per the latest analysis, they lead to the destruction of beaches and sea defenses and require constant rebuilding in-spite of the increasing cost.

Video on a beach which has been washed away