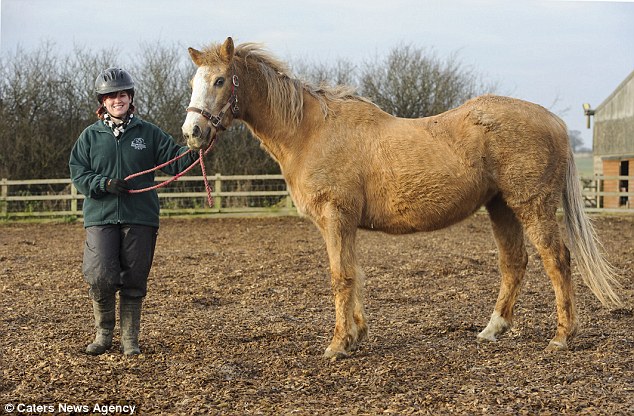 Essex: The female horse, which celebrated her 49th birthday on New Year’s Day at a sanctuary in Essex, is considered as the oldest horse in the world.
The current age of the mare is 20 years more than the average age of an horse.
Orchid, the pure blooded Arab horse is almost completely blind since she has reached double the age of most of her stabilized mates.
She still enjoys a good horseback ride and roll in her field.
When she arrived at the Remus horse sanctuary in Brentwood, Essex about two years ago, she was in a completely pinched condition.
Her incredible recovery amazed the veterinarians who treated her because they had realized that she was almost half a century old.
Sue Burton, founder of the sanctuary, said that Orchid was laying on the floor with full of sores when they found her for the first time and so, to see her today running, bucking and rolling is really heart-warming.
Even though the horse is almost totally blind, the condition doesn’t seem to bother her in any way.
She’s a very happy horse nowadays, with full of energy and attitude.

Video on the birthday celebration of the oldest Horse, the Orchid