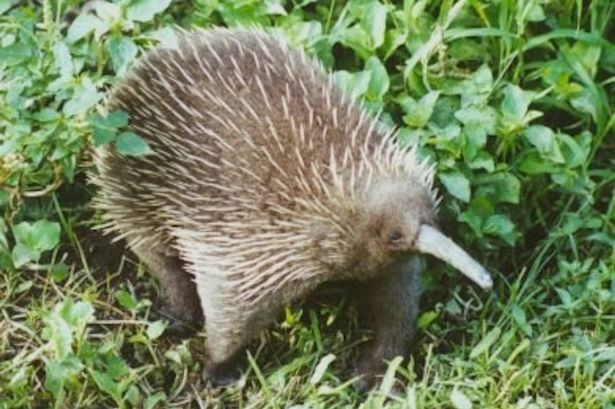 Papua New Guinea: A highly weirdest creature having the snout of an anteater and spines of a hedgehog is found to possess a long-beak. Other specialty of the animal is its deeply weird genitalia. Its pennis is found to be with four developed heads. This absolutely rare pennis with four headed genitalia has been fascinating biologists. The long-beaked, Papua New Guinea native, is certainly a strange little beast. There are reptiles having dual penises and called heme-penes. The female of the species will have dual vagina. Experts believe that the male will alternate with its two heads while mating with the female. The two heads of its genitalia are used

to inseminate the female before switching to the other two heads and going for it again. Other strangeness are that the creature lays eggs and the female develops a temporary pouch, like a marsupial. The snout of the creature is featured with the quality of electricity to detect its food and has sharp spines inside its mouth to grind its prey against the roof of its mouth. According to experts, it is truly a remarkable creature, with four highly extraordinary features.   Video on the weirdest creature