Tornadoes in southern US, kill at least two and cause severe destructions 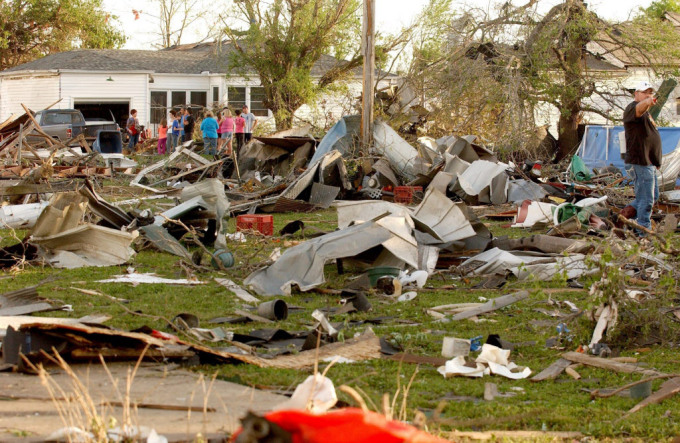 Van Zandt: A severe storm is being reported from the southern US which has created uncountable damages and losses. Due to this massive storm, two people are feared dead leaving over 43 injured.
In northeast Texas and southwest Arkansas eight people are reported missing.
According to the National Weather Service, the storm would have transformed as a tornado that hit Van Zandt County and the city of Van.
Officials said that the storm was hit in the form of a twister at a trailer park in Nashville, and two people were found dead there.
The Van Zandt County fire marshal, Chuck Allen said at a news conference that about 30 percent of the city was damaged in the storm.
According to Mr. Allen, there were completely destroyed homes, damaged homes, uprooted trees and damaged power lines.

About 50 people were taken shelter in a church while the American Red Cross had set up another shelter in Van.
Utility companies have started restoring power, road and bridge.
There are also crews working to open streets and highways to access help from responders.
There were also damages from floods developed due to the storm.
A 40-foot-wide sinkhole which developed in Granbury is reported to have consumed the parking lot of a Brookshire’s supermarket and badly damaged water and drainage.

Video on damages caused by Tornado in southern US